My excuse for the title of this post is the tenuous link that we have had everything except horses in our garden so far this summer (although we have horses regularly clip clop past our house as someone in the neighborhood owns them).

Although, do I need an excuse? It is an evocative, almost mystical image and I just hadto get it down in writing somewhere. I got the quote from Willa Cather’s Song of the Lark, but it is from Ovid’s  Amores, i, 13  and translated as ‘Go slowly, slowly ye steeds of the night!’  According to one website:

….reference to horses pulling Time’s chariot, and he wants the night to stretch out so he can spend more time with his mistress. Later used in Dr. Faustus by Christopher Marlowe, metaphorically spoken by Faustus who is awaiting the appearance of Lucifer, who is expected to collect Faustus’ soul when the clock strikes midnight.

Still, when all is said and done, no horses

But we have had, to begin with, the first and second graduating classes of spring and summer:  robins, finches, blackbirds, starlings, sparrows, blue tits, great tits, magpies, jackdaws, green woodpeckers, squirrels.  It has been a while since my last post (those horses not doing their job), not because there has been nothing to write about, but rather too much.  Starting with this little one, way back in June:

How to write a successful blog: 1. Cute baby pictures–Check…..

This one wandered into the conservatory, probably following an adult and was left behind. This happens frequently with the babies, totally befuddled by glass. Either they get used to it and keep coming back for food or go off some place else. At first we were afraid that this might be a nestling, because we weren’t convinced it could fly. Still, it had got in there and had made some creditable attempts to leave. So, we settled it in the tree we had seen the mother frequent. It was gone after a while so we hoped it had made its own way.

A first in our garden

A baby jackdaw! Corvus monedula, it was lurking on the perimeter of the garden, again in June and didn’t appear as if it could fly. In fact, it let my husband quite near to throw some live worms which it ate with gusto. After a few days, it seemed to find its wings, just. Because baby jackdaws are the most ungainly things you’d ever hope to see. All legs and feet. When it would fly up to a branch and try to land, it would do so with all the wobbly self-adjustments of a tightrope walker or gymnast on a balance beam. When it would try to approach one of the tins we place on the ground for food, its big feet would stub against the tin before any other part of its body could get close which would totally freak it out, meaning that it would studiously avoid the tin ever after. It was quite comical to see it run from the bottom of the garden when it saw the live meal worms thrown out.

But like most babies, it soon disappeared we are hoping to join a flock. Jackdaws are very much communal, hierarchical birds, and we were worried about whether this little one had lost its parents, and consequently lost its place in its family group. Or else, why hadn’t we seen more baby jackdaws, like we see baby starlings, sparrows, robins etc all over the garden? After all we are the kindergarten of choice around these parts.

A very bad photo of a baby jackdaw taken by guess who….

A better picture of a baby jackdaw from Wikimedia Commons. Note those big feet!

We like to flatter ourselves regarding  our baby nurturing abilities. But we are completely outclassed by Michelle over at Rambling Woods. Read about her rescue of a baby robin. She also offers some useful tips about baby birds which is worth consulting if you find these beings wandering around your garden

New Bird and another new baby

A first siting of a siskin: 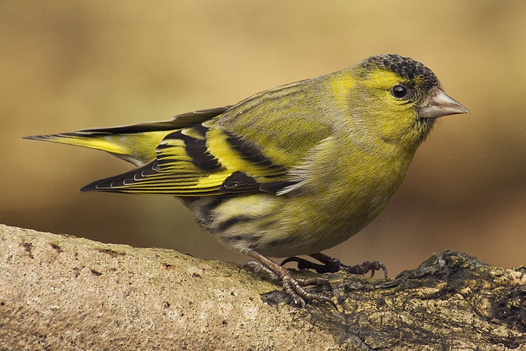 According to the Wikipedia entry, its Latin name, Spinus Spinus, is variable:

The Eurasian siskin (Spinus spinus) is a small passerine bird in the finch family Fringillidae. It is also called the European siskin, common siskin or just siskin. Other (archaic) names include Black-headed Goldfinbaley bird and aberdevine...

The siskin was first was described by Linnaeus in 1758 as Fringilla spinus, in the10th edition of Systema Naturae. In 1760, Brisson described the genusCarduelis, where this species would finally be placed. Recent taxonomic studies suggest placing it in the genus Spinus.

And our new baby: 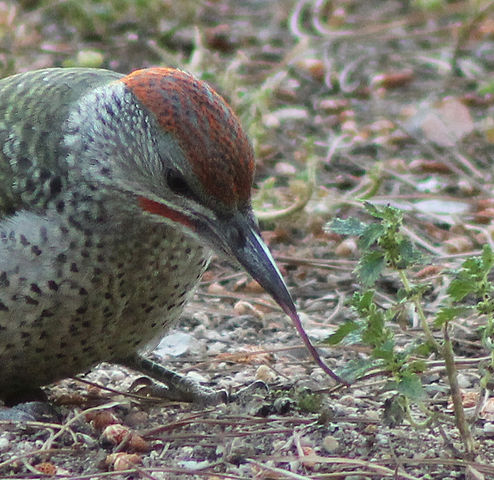 A baby green woodpecker, Picus viridis, with more mottled or freckled plumage than the adult. It, like most of the babies, was attracted to the banquet laid out everyday chez nous.

Vulpes vulpes, a bit bigger than the one in this photo, who came out for breakfast every morning for most of July. We haven’t seen it for a week or so, so it must have moved on.

The white-tailed eagle (Haliaeetus albicilla) — also called the sea eagle, erne(sometimes ern, ørn), and white-tailed sea-eagle — is a large bird of prey in the family Accipitridae which includes other raptors such as hawks, kites, and harriers. It is considered a close cousin of the bald eagle and occupies the same ecological niche, but in Eurasia.

Not a native of this area, exactly, rather an escapee from the local falconry center who has found the wood and the flying happy meals there and around our garden more congenial. The people from the falconry center have tried to reclaim it, but for some reason (duh?) it remains elusive. I first noticed it in one of my trees, basically at eye level, seeing to one of its pigeon victims.  It has actually tried to land in the garden once, but saw me and took off. A few days ago, we heard the blackbirds squawking like mad in the wood. My husband went to investigate and found the eagle up in the tree harassing the local inhabitants. I say ‘harassing’; all it has to do to harass is just land on a branch and stare. That pretty much sets everybody off.

So you see, no horses

But plenty of other stories about magpie/collored dove wars (with the doves being the aggressor), and blackbird neighbors–Bossy and his mate (how do these females know how to build these nests, no one teaches them?) etc etc.  And then there are the bees in the garden, and bees on the big and little screen (Italian movie just out The Wonders and the first installment of an Agatha Christie offshoot, Partners in Crime)

And still no horses….

« We suffer more often in apprehension than in reality….
Harry Houdini »