Is she or isn’t she? 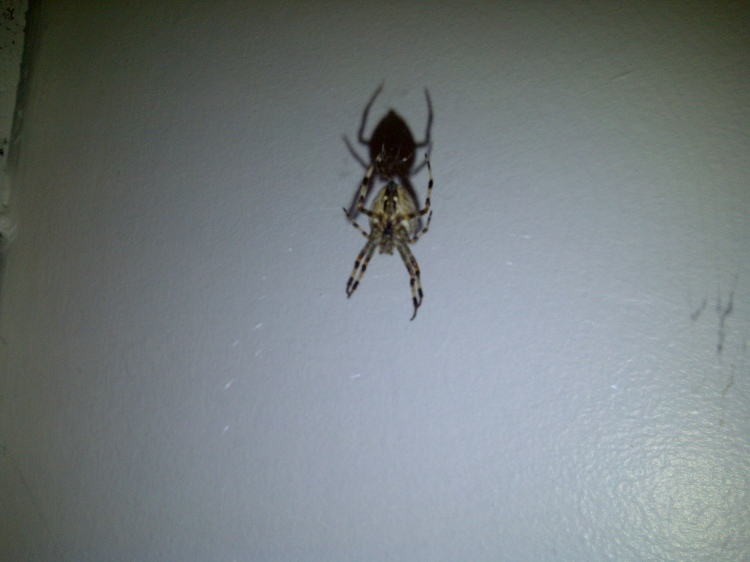 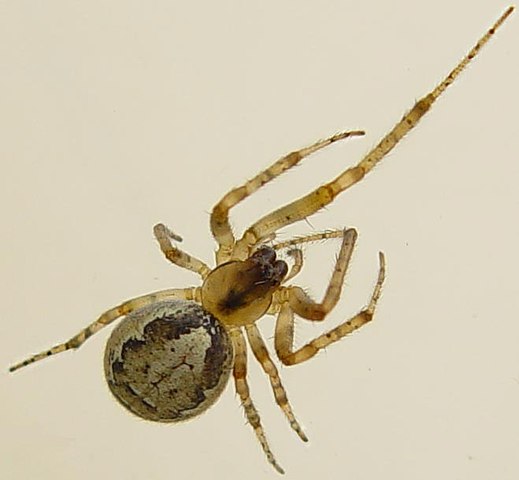 You see, all this time I have been thinking my girl Cheryl (yes, she’s still hanging around our place) is a common garden spider who had wandered a bit far from the garden admittedly.  She’s been with us since November, the time when the females make their presence felt by preventing you from walking down your garden such is the audacity and sheer width of their web building. But usually by end of December at the latest they have mated, laid their eggs, and then die (or so I have read, see this BBC website on the ‘poignant’ life cycle of the spider).

So, to what can we attribute Cheryl’s longevity? Well, about a month back I thought maybe she was just a very young spider when she first joined us. Because, within the past month, she has definitely grown. To the point that it’s a bit unnerving having her hanging over your head when you are seated on the toilet. Never mind that we have provided her with a few of what we thought were dead (but they only turned out to be water-logged) worms. There’s really no lady-like way for a spider to eat a worm, but it was the only thing we could give her, aside from the dry dead bugs which she had started kicking out of her web.

Ok, maybe she’s a young’un whose just coming into her prime. But I had noticed a few other things. For one, the few times when I can get a good view of her web (it’s difficult as she is mostly against a window in a room with white wall), there seemed to be segments missing. Now, I thought maybe this was because we had interrupted her in her web eating and rebuilding. But, she seems quite happy to build her web in front of us with all the lights on.

Then I read this description of the Missing Sector Orb Weaver:

Z. x-notata females are up to 11mm in size, males up to 7mm. The prosoma is yellow-brown, with a leaf-like mark on the opisthosoma. In moderate climate, adults appear from July to October, sometimes even into December. In warmer regions, they are active all year.

This spider builds its web mostly into window frames, but can also be found on walls, fences, or under the bark of old trees. It is very common around boats and docks throughout the world.

Now, if anywhere can be described as a ‘warmer region’, it’s in our bathroom right next to the airing cupboard where the water heater is.

So, I am confused. And photos on the web are not as helpful as one might think. What I really need is a spider expert to come to the house…

Spare a thought for the bees

Not that I really have to say anything to beekeepers but it is something I am especially cognizant of now around this time of year:  starvation.  You see, a few weeks ago when we had hard frosts, high winds, even flecks of snow my worry was of a different kind.  Will they make it through the cold? Because there is a period when you aren’t seeing them, your mind starts to wonder or wander even. But then you have some warmer days like we have had during the past few weeks, and all the bees are out and about, you think ‘Phew! They made it!’

But just when you think you can breathe a sigh of relief is exactly the time you should start to worry. The danger now is that the hive will start to grow out of all proportion to the food in the hive and on offer outside. And just one cold snap can cause starvation in a hive that might just be in the process of revving up for spring.

So, I have fondant on the brain. Here’s hoping we get through the next few difficult months.