We’ve had the builders around lately, doing a bit of carpentry:

Not the only ‘flap’ created: a bit of tailoring done…

Unassuming bee suit, minding its own business in the shed…

Bee suit with extra, ahem, ventilation… (I won’t write what comes to mind as this is a family blog)

I don’t think we will be asking this company back any time soon, not that we asked
them in the first place. Mind, they did leave enough business cards lying around,
so not ashamed of their work…

It’s hard to believe that that only a few short weeks ago in late February,
the yard was full of these scenes:

And then we were hit with what I think has been the severest weather I have
seen since I have lived here (some 20 years!).

Not exactly the Mahonia, but similar…

Things got a little wild here with the wildlife. But, all the noise pulled in some
wildlife I’d not seen in the yard before, muntjac for one.  But also

We do have our regular song thrush constituents here, but a redwing
(Turdus iliacus) is particularly noticeable by that red stain, even resembling
a wound, on its side.

I had seen redwings in the trees before, but these I has never seen: 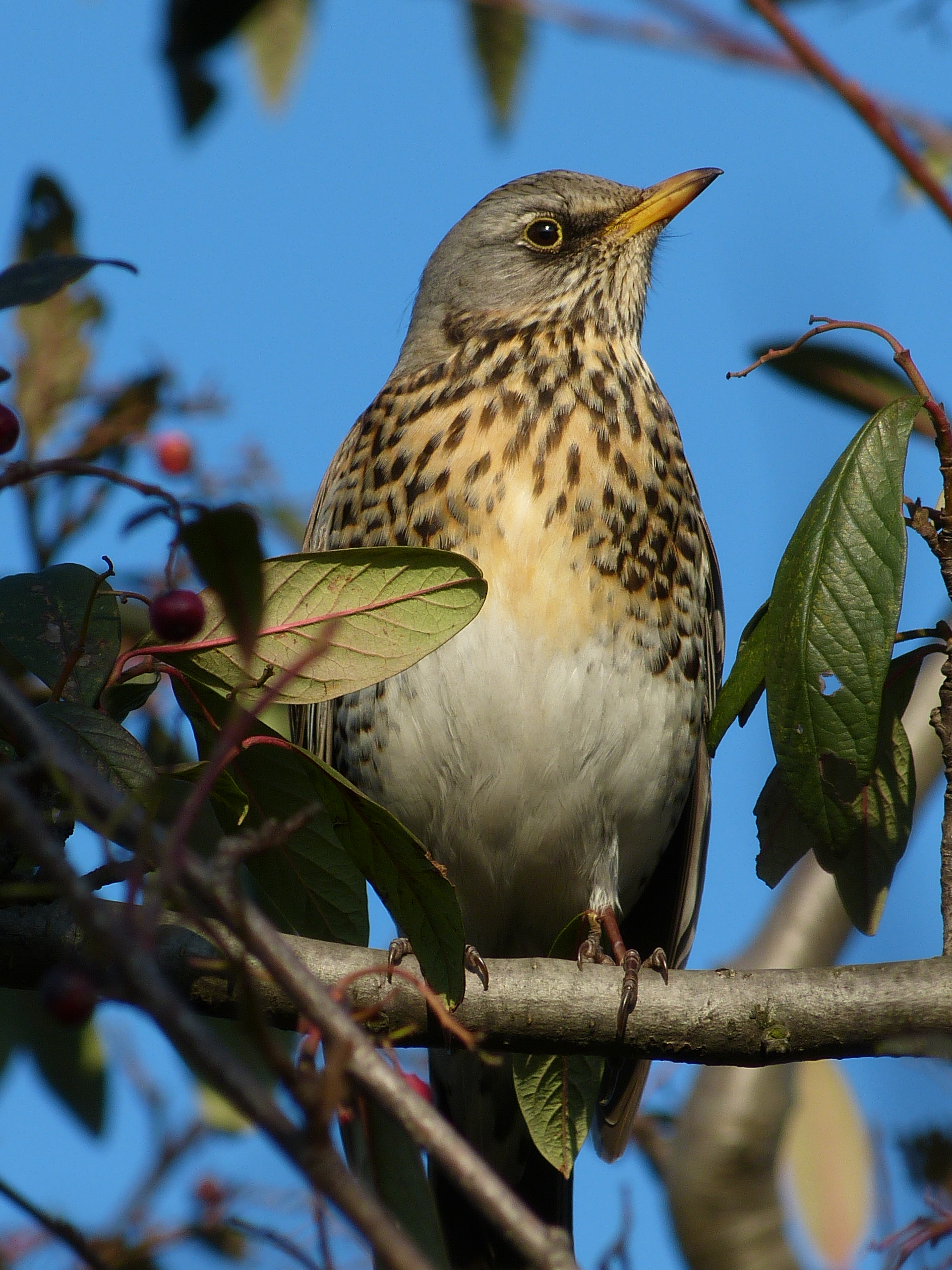 There can be a reddish tinge on a fieldfare (Turdus Pilaris) breast, but the one I saw more resembled this coloring.  Hand BTO film to distinguish between the two:

The Bees seemed to be faring better than the bee suits…

The spring weather has rebounded in this past week. Both hives give all the appearances of having made it through the extreme cold without much disturbance. We had topped both up with fondant before the cold/snow snap, so I am hoping it got them through. For one of the hives, I noted a bit more poo around the entrance and on the branches of the yew right outside it. So I am going to have to keep an eye, especially as March is usually the month for growth to really take off if the colonies are healthy.

Confession Time:  I might have been wrong about Hugh Fearnley Wittingstall’s show. Mind you not necessarily the presenting side. But the focus on local experts is really quite refreshing.

The hours of night are by night’s hours replaced,
And one night’s darker and the other’s bright.
The days are oft o’ercast by darker clouds,
And years ride on like clouds in western skies
As centuries are replaced in unknown whirl.
The while we sing the Muses’ sweet refrain,
We ride along in daylight’s speedy car.
Alas, how fast the hours boom forth their change!

Blooms in ice: By Stulli (Own work) [GFDL (http://www.gnu.org/copyleft/fdl.html) or CC-BY-SA-3.0 (http://creativecommons.org/licenses/by-sa/3.0/)%5D, via Wikimedia Commons